The Azure Window, Malta`s most photographed national heritage site, has collapsed and it is not just the top part which has fallen off – even the stacks have gone. 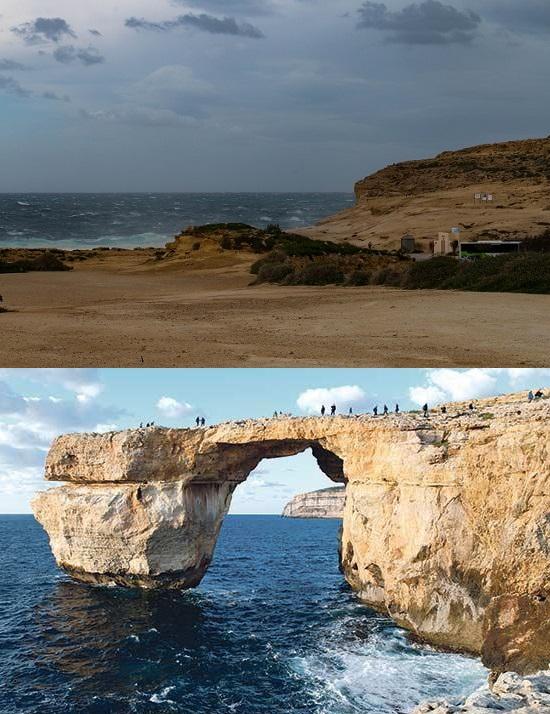 The ‘Azure Window’ now and then. Photo above: Roger Chessnell, below: file photo

Only last January, rough seas had exposed the fragility of the iconic site, with waves breaking off a large slab at the base of one of its cliffs.

A three-month geological study published in 2013 had concluded that while erosion was inevitable, the structure was not in imminent danger of collapsing.  At the time, geologists had said that the Azure Window was likely to survive for “decades” to come.  Concerns about its long-term future grew over the past year, and a steering committee tasked with overseeing the site’s management was recomposed after a three-year hiatus.

The government had also made walking across the arch a fineable offence – but enforcement was lacking.

The Azure Window was created after two limestone sea caves collapsed. It was one of the Maltese Islands’ most distinctive sites, attracting thousands of tourists every year.