Malta is the seventh-best place in Europe for LGBT workers, report claims 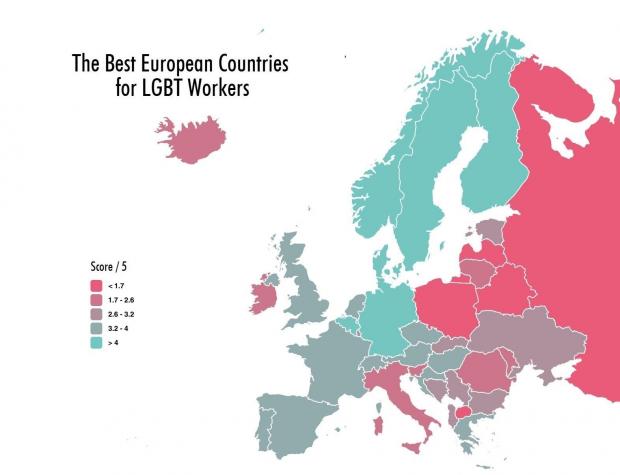 Malta is the seventh-best European country for LGBT workers to live in, a study by a French employment agency has found.

The report found that despite Malta’s growing reputation as an “LGBT paradise”, the country failed to protect LGBT tenants from discrimination in accessing housing and offered lower-than-average monthly disposable income.

Norway, Finland and Belgium topped the list, with Germany and Sweden close behind.

The 5 countries LGBT workers should avoid are Armenia, Macedonia, Azerbaijan, Turkey and Russia, the report published by Expert Market found.

Malta is one of the few countries in the world to give LGBT people equal constitutional rights, with most other countries failing to protect the community from discrimination.

Concerns about housing discrimination against LGBT people are not new. A 2011 study published by the Malta Gay Rights Movement found that almost 40 per cent of LGBT people chose to hide their sexual orientation from their landlord. The study also found that public housing schemes were often geared towards married couples.

Read more LGBT News or find out more about Gay Life in Malta.